Amnesty: Important for England to discuss human rights in Qatar

It is “more important than ever” for England players to speak out on human rights issues in Qatar, Amnesty International has said.

England have now secured qualification for the finals in the Gulf state, which get under way in just over a year’s time.

Qatar’s government has passed a series of laws since 2017 aimed at improving conditions for migrant workers, but a new Amnesty report says it is failing to effectively implement them.

“The exploitation of Qatar’s massive migrant workforce has already cast a dark shadow over next year’s World Cup, and the Football Association ought to use the remaining year until kick-off to push for lasting labour reforms in Qatar,” Amnesty UK chief executive Sacha Deshmukh said.

“The FA is part of the UEFA Working Group on Workers’ Rights in Qatar and can press the Doha authorities over strengthening migrant worker protections, investigating worker deaths and helping to fashion a tournament with a genuinely positive legacy.

“It’s more important than ever that England’s coaching staff, players and supporters raise human rights issues ahead of next year’s kick-off.”

England defender Conor Coady said on Sunday a conversation amongst the players would take place once qualification was secured, and an FA spokesperson said: “We are in regular dialogue with Amnesty International and also with FIFA, other member associations and the Foreign, Commonwealth & Development Office, and we are working closely with all to ensure that we approach our participation in the upcoming FIFA World Cup in a socially responsible manner. 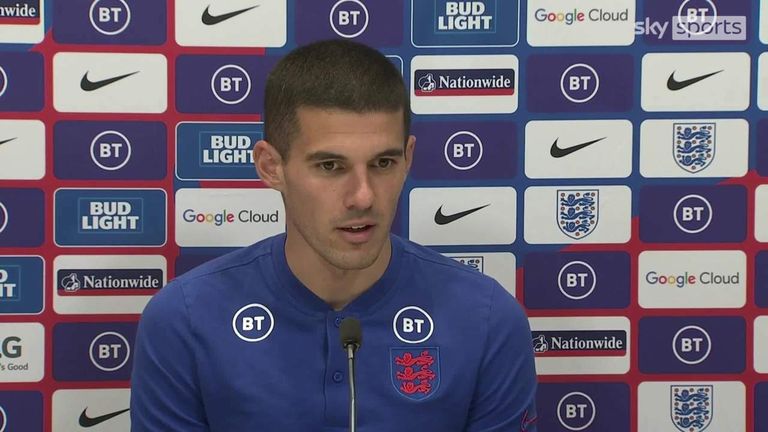 “From those discussions to date, we believe there is evidence of substantial progress being made by Qatar in relation to workers’ rights, however we recognise there is still more to be done. Our view remains that change is best achieved by working collaboratively with others so that we can continue to ask the right questions, while always being mindful that we have our own challenges in this country.”

Qatar’s treatment of migrant workers has been in the spotlight since the country was awarded the right to host the 2022 finals back in 2010.

Legislation has been passed to tackle the ‘kafala’ system, which binds foreign workers to their employers, restricts their ability to change jobs and prevents many from leaving the country without their employers’ permission.

However, Amnesty’s newly-released ‘Qatar Reality Check 2021’ report has found it is “business as usual” in many respects.

By law, most migrant workers no longer need a ‘no objection certificate’ (NOC) from an employer allowing them to leave the country or change jobs without the employer’s consent. However, Amnesty said in practice a ‘de facto’ NOC process has emerged, making it difficult or in some cases impossible for a migrant worker to sever ties with an employer.

One migrant worker originally from Kenya told Amnesty in the ‘Qatar Reality Check 2021’ report: “Change came on paper but (not) on the ground – when you go inside the company and among the workers, (you see that) only a very small change has happened. It is still appalling.”

Amnesty found that some employers still oppose or ban workers from changing jobs and that employers’ permission to leave a job is still needed in practice. Absconding charges are brought spuriously against workers seeking to legally leave an employer, wage theft remains rampant, and the legal process to reclaim unpaid dues remains “laborious and even fruitless” for many migrant workers.

Amnesty say a “culture of impunity” for employers is still thriving, that the Qatari government is not properly investigating migrant workers’ cause of death, and that workers remain deprived of the right to form and join trade unions.

FIFA said in a statement: “As always when it comes to major labour reforms, there is continued work to be done for those changes to be fully implemented across the labour market, but the reforms have already benefitted hundreds of thousands of workers in Qatar and we need to recognise the significant progress achieved in a very short time, thanks to the commitment of the highest authorities in the country.

“FIFA will continue to push for greater protection of workers and promote the implementation of the wider labour reforms in Qatar through constructive dialogue with the Qatari authorities and joint efforts with other interested stakeholders. We are confident the event will leave a lasting legacy and serve as a catalyst for broader positive social change in the host country and across the region.”

The Qatar government and the local organising committee have been approached for comment.

Kick It Out has announced the formation of a Qatar 2022 working group, a coalition of UK organisations which includes Stonewall, Football Supporters’ Association (FSA), Football v Homophobia and Sports Media LGBT+, which will look at some of the key issues surrounding Qatar 2022, with a particular focus on LGBTQ+ inclusion.

The 2022 World Cup will be held in a country that unfairly persecutes LGBTQ+ people with the threat of imprisonment or even the death penalty.

So as we congratulate the @England team on qualification, we also hope for an inclusive legacy for this tournament and beyond 👇🏽

Qatar criminalises homosexuality, and Kick It Out says there is a “risk” for LGBTQ+ fans and players who may wish to travel to the Gulf state for the tournament.

Chris Paouros, the chair of the working group, said: “Kick it Out is committed to supporting football in becoming a game where everyone belongs.

“Holding the world’s biggest sporting and football event in a country where LGBTQ+ people are criminalised is a challenging concept for us both as a football charity and as an organisation which has built a reputation around fighting for inclusion.

“Alongside the other inspirational organisations in the newly formed Qatar 2022 Working Group, we hope to drive inclusion and security for fans at next year’s tournament, as well as creating a lasting impact for the rights of LGBTQ+ people in Qatar, and on the decision-making process for future tournaments.”