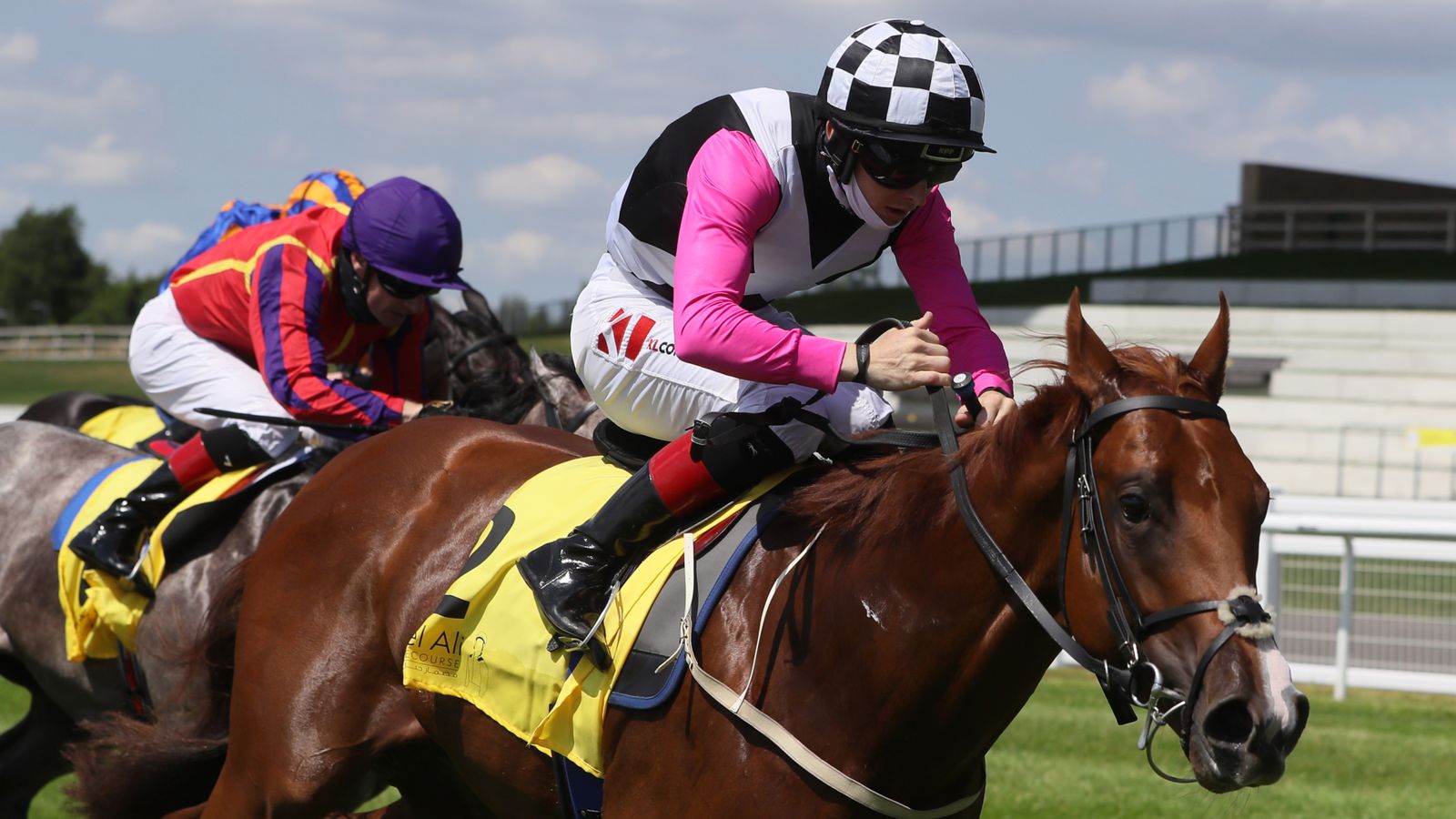 Beauty Inspire got on top in the closing stages to maintain his unbeaten record in the Jebel Ali Racecourse And Stables Anglesey Stakes at the Curragh.

Ger Lyons’ two-year-old backed up his course success three weeks earlier to bag the Group Three prize over six and a half furlongs in determined fashion.

Sent off the 1-2 favourite it was only in the final half-furlong Beauty Inspire asserted after Hadman had made the running.

The Mehmas colt appreciated the slightly extra distance from his debut to win by a length and a quarter from Andreas Vesalius in the hands of Colin Keane.

Shane Lyons, assistant to his brother, said: “He wasn’t as visually as impressive as the first day, but the first day was only a maiden.

“To be honest it looks like he hasn’t learned an awful lot from the first day. He was very keen in the race and probably disappointed himself a little, as he’s a horse that can’t hit the front too soon because he’s still a baby.

“He did fight for Colin after. He’s a Christian at home and he’s obviously a very good horse.”

Asked about plans, he added: “We’ll take him home and let him tell us when he’s ready again. It could be the Phoenix or the Middle Park. He has entries in York as well.

“We think he’ll come on an awful lot from that, it’s only his second race. It’s a tough ask to come out there and do that and he’s done it.

“Colin said he loved the ground, which is a help. He’s a lovely horse – we knew that the first day – and we would have been disappointed today if he had been beaten.”