Halaholo out of Wales squad after positive Covid test

Willis Halaholo is isolating away from the Wales camp for 10 days; Scarlets centre Scott Williams has been called into the squad; Wales are without their England-based players as the match falls outside the international window

The Cardiff player was a strong contender to start in Wales’ midfield at the launch of a demanding schedule that also features Principality Stadium appointments with South Africa, Fiji and Australia.

Scarlets centre Scott Williams, who won the last of his 58 caps in 2019, has been called into the squad.

In a statement, the Welsh Rugby Union said: “Scarlets centre Scott Williams has been called into Wales’ squad for the Autumn Nations Series.

“The 31-year-old Williams, who has previously won 58 caps, has been called in to the squad to replace fellow midfielder Uilisi (Willis) Halaholo, who has tested positive for Covid-19.

“Halaholo is now isolating, away from national squad camp, for 10 days. The WRU has notified, and is working closely with, Public Health Wales on the matter.”

Halaholo tweeted: “Been a rough 24hours. Found out my aunty (pretty much a 2nd mum to me) passed away late last night. Then wake up this morning and test positive and be unavailable for a game that I’ve worked hard towards since it was announced. Gutted. Congrats @ScottWilliams_1 Good luck brothers.”

New Zealand-born Halaholo qualifies for Wales on residency grounds and made his Test debut earlier this year. 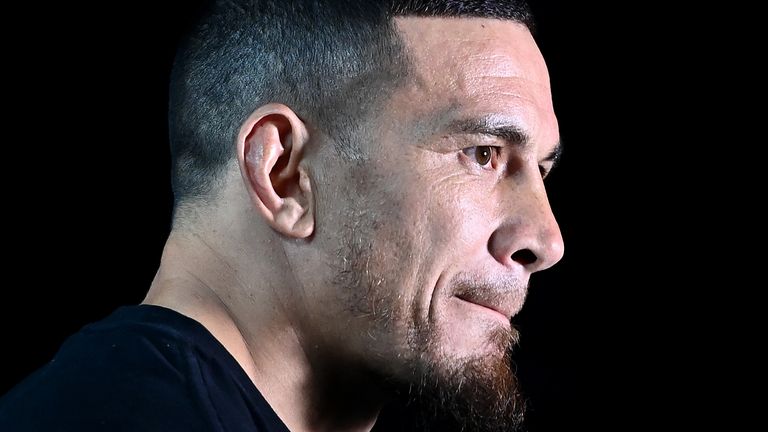 Wales head coach Wayne Pivac is due to announce his starting line-up on Thursday, with the reigning Six Nations champions beginning their autumn campaign against a country they have not beaten since 1953.

It is a run of 31 successive defeats, including 16 at home, and Wales’ task has not been helped by injuries, unavailability and now illness.

With the game falling outside World Rugby’s autumn international window, Wales will be without England-based players like Dan Biggar, Taulupe Faletau and Louis Rees-Zammit because they are not released by their clubs.

And a number of key personnel are absent through injuries, with British and Irish Lions stars such as George North, Josh Navidi and Justin Tipuric all currently sidelined.

But centre Jonathan Davies says that Wales are “relishing the excitement of the challenge” posed by New Zealand.

“Everyone talks about the record of the last 50 or 60 years against New Zealand,” said Davies.

“But it is a great way for us to start our autumn series. I think it is the excitement of the challenge. It’s a tough task, but I think the boys are focused and we’ve had two good weeks of preparation.”

For the first time since they met Six Nations opponents France in February last year, Wales will play in front of a capacity 70,000-plus crowd at the Principality Stadium.

And Davies added: “It is an exciting prospect having a full Principality Stadium. It’s something the boys are relishing.

“I think it is one of the reasons why we all play the game. The bus trip in from the hotel to the stadium and seeing the streets full of Welsh supporters is amazing. Their roar is one of the best in the world.”

Davies, who has won 91 Wales caps, has only once been on a winning side against New Zealand, and that was for the 2017 British and Irish Lions in Wellington.

“I think if you look at the last few autumns leading into the (2019) World Cup, we were able to get that win over Australia after not winning (in that fixture) for over 15 years,” he said.

“We’ve beaten South Africa regularly the last few times, so for us it’s making sure we are accurate and compete at the highest level. There are some great fixtures to be excited about this autumn.”