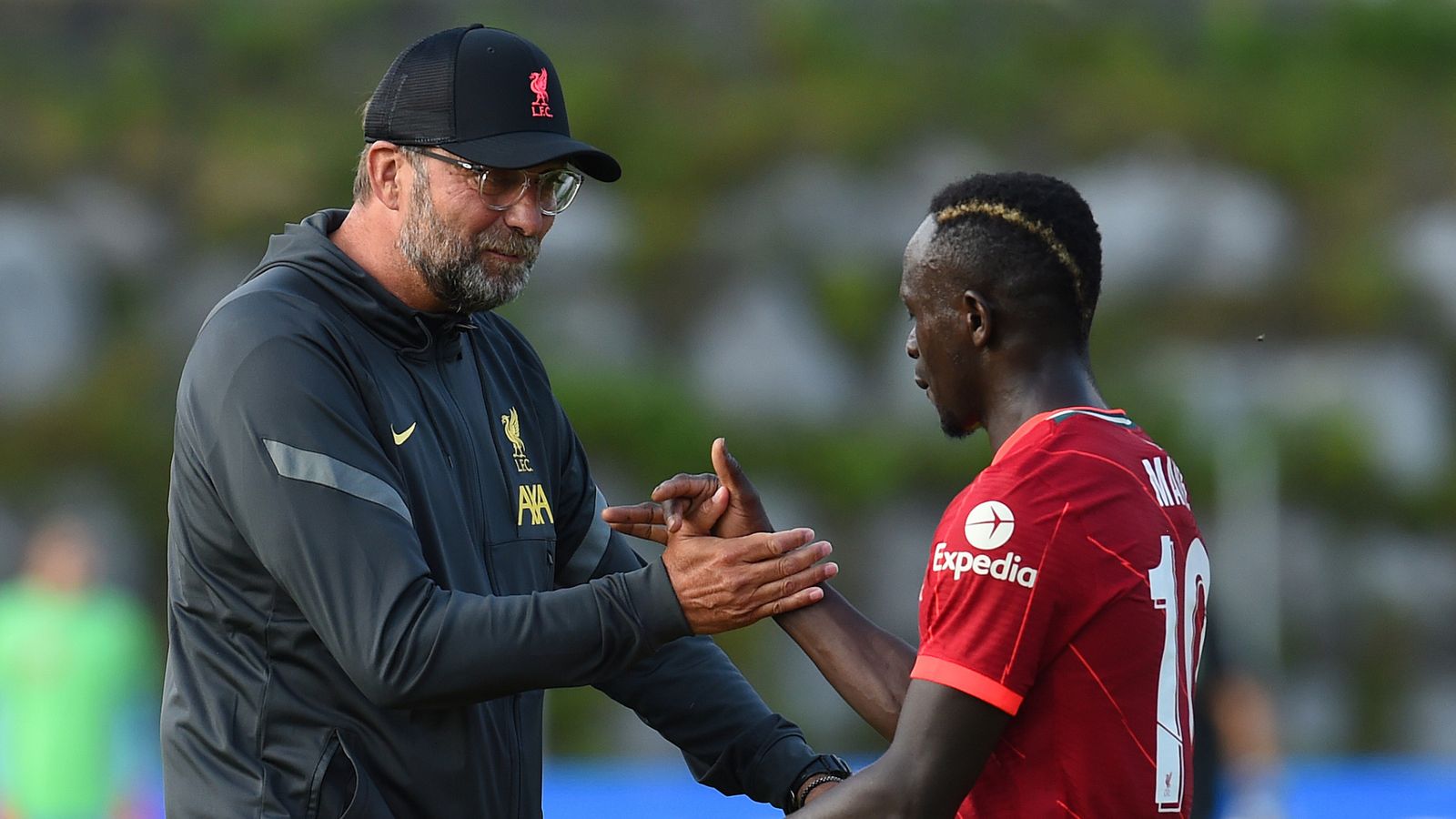 Jurgen Klopp’s side are currently in Austria for a training camp, with 22 different players getting a run-out during the Salzburg encounters.

Divock Origi’s penalty gave Liverpool the lead in the first fixture of the night against Innsbruck before Ronivaldo’s header secured a draw for the Austrians.

In the other game against Stuttgart, in which Ibrahima Konate made his debut, Liverpool came from behind with Sadio Mane’s strike cancelling out Philipp Forster’s neat finish.

Klopp said he was “satisfied” with the workout following the games, telling Liverpool’s club website: “Physically it was all that we wanted to see, we had to do it and it was an important test for that.

“First game was obviously a very young team, Innsbruck did well and were obviously in a better moment than we are because they start next week with the league and we started last week with pre-season, so it’s different.

“The second game was a tough test, Stuttgart are a really good team. We started really well and then conceded a goal. Then we came more and more into the game again and scored a really nice goal.

“I’m really happy about it, it’s all good. I saw what I expected to see, actually – it would be strange if I was standing here and saying, ‘My God, I didn’t know we can play this kind of football’ but I am fine with it and now we keep working.”

However, Klopp also admitted it would be a ‘surprise’ if Virgil van Dijk or Joe Gomez were declared fit to face Bundesliga side Mainz on Friday.

The defensive duo spent large parts of last season on the sidelines with knee injuries and have spent much of the pre-season tour of Austria working to their own individual programmes.

“They have looked really good in training and yesterday was the first day where they did very complex things, usually it is either offensive or defensive and stuff like this. We have to get there, step by step, but I don’t expect them for Friday,” Klopp added.