“I was stuck in neutral for most of the day,” said home favourite Rory McIlroy after he was unable to take advantage of near-perfect scoring conditions at Mount Juliet in a disappointing level-par 72 at the Irish Open 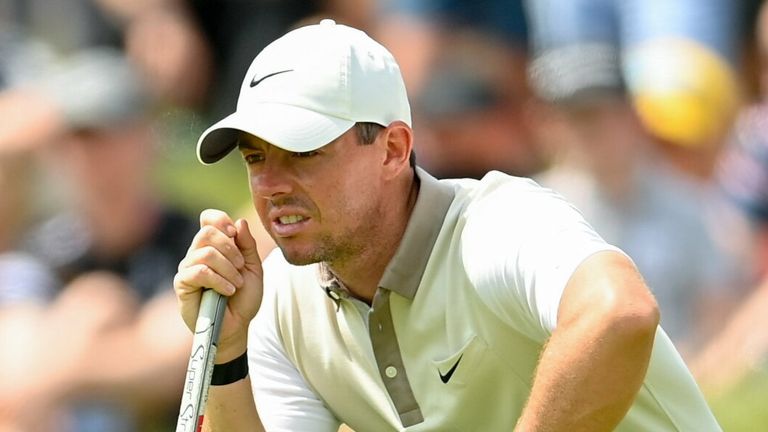 Rob Lee and Paul McGinley review the highs and lows of the first round at the Dubai Duty Free Irish Open, where it was a disappointing start for home favourite Rory McIlroy

Rory McIlroy made a disappointing return to the Dubai Duty Free Irish Open as Lucas Herbert set the pace on day one at Mount Juliet.

Herbert carded nine birdies in a 64 that earned him one-shot lead over Johannes Veerman, with Scotland’s Grant Forrest the only player to fire a 66 while Tommy Fleetwood was among 15 players to finish the opening round on five under.

But McIlroy was unable to take advantage of the near-perfect scoring conditions or the fervent support from his home fans as he struggled to a 72 that, by his own admission, could have been worse had he not scrambled hard to save par on each of the last three holes.

The star attraction would have been eyeing something in the low-to-mid 60s when he teed off in the afternoon sunshine shortly after Herbert had birdied his last three holes to set the clubhouse mark at eight under, but McIlroy initially looked out of touch on the greens before errors also began to creep into his all-round game.

The McIlroy “swagger” was hard to detect after three bogeys on the front nine, although his poor showing did little to quell the positive energy from outside the ropes and welcome birdies at the 10th and 13th hauled the world No 10 back to level par.

But a touch of competitive rust in his first outing since the US Open caused him further problems down the stretch, and he did well to salvage a five at the long 17th after pull-hooking his drive into water before an excellent sand save at the last kept him out of the black.

“I feel a bit bad,” said McIlroy, who has missed the cut in four of his last six appearances in the event, one of which was his memorable victory at The K Club in 2016. “I saved par the last three holes coming in, so it could have been worse.

“I didn’t feel like I did that much wrong, I just didn’t hole many putts for birdies, and it was just one of those days. There were a couple of holes I didn’t hit it close enough with wedges, and overall I had no momentum going forward and in the end, I did well to keep it at level par. 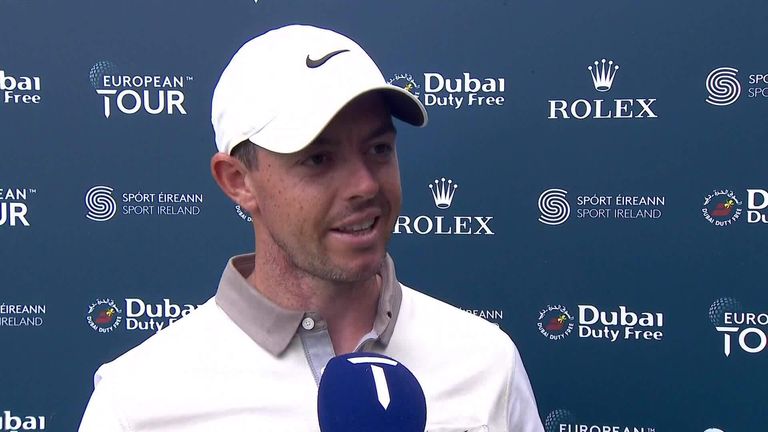 “I hung in there and made a couple of birdies on the back nine which is good. There were a couple of loose shots in there and I felt like the hole looked like a thimble for a few holes, I just didn’t get anything to go.

“I didn’t start well, and at one over through four, I birdied five to get back to even and thought, ‘OK, now I can go from here’. But I three-putted six, missed the green with a wedge on seven, bogeyed the eighth from nowhere and from there it was just a matter of trying to get it in with something respectable.

“I saved myself a little bit coming in, but it was just one of those days nothing happened. I was stuck in neutral for most of the day. I hit a few shots out there that I didn’t see at all at the US Open a couple of weeks ago, so I’m going to go to the range and get it straightened out.”

McIlroy noted that playing-partner Fleetwood “played a very solid round of golf, didn’t really do anything spectacular and shot five under par, so there were scores to be had out there”, while Andrew ‘Beef’ Johnston, Richie Ramsay, Andy Sullivan and the resurgent Martin Kaymer also opened with encouraging 67s.

Shane Lowry, like McIlroy, welcomed the return of the home spectators but the Open champion was frustrated at making birdie on only one of the four par-fives as he returned a two-under 70.

But it was a difficult opening day for Graeme McDowell, who made four bogeys in a 74, while European Ryder Cup captain Padraig Harrington littered his scorecard with seven blemishes as he carded a 76.