Nicholls in groove with Cheltenham double 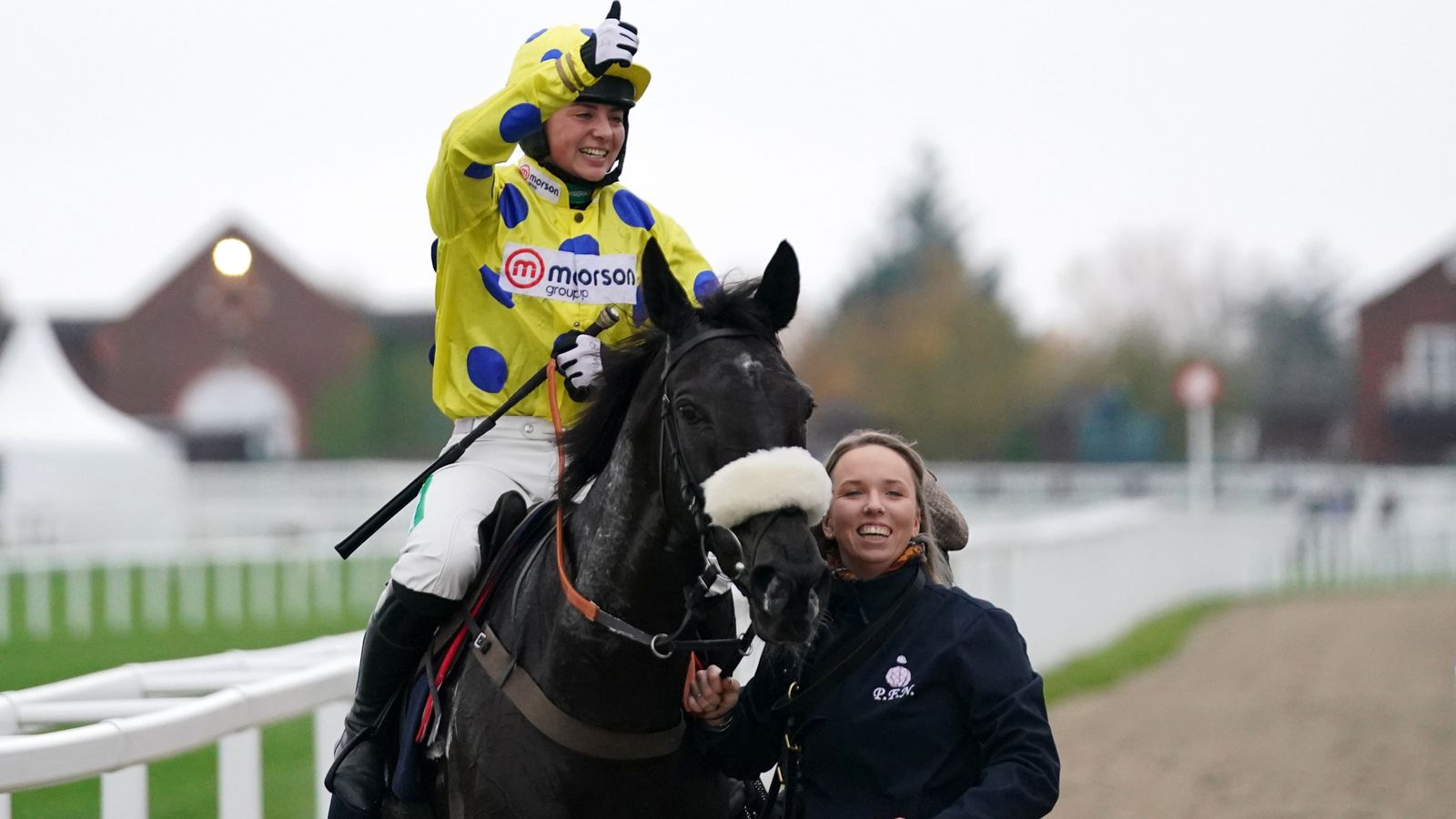 Paul Nicholls ended a barren spell at Cheltenham in style as Threeunderthrufive and Yala Enki landed the first two races on the final day of the November meeting.

Magic Saint was the champion trainer’s last success at Prestbury Park at this meeting last season, and while plenty had run well since, none had managed to cross the line in front.

Threeunderthrufive righted that statistic, and earned Festival quotes into the bargain, as he landed a dramatic renewal of the mallardjewellers.com Novices’ Chase.

Adrian Heskin was positive on Threeunderthrufive and while Oscar Elite looked to be travelling ominously well when coming down three out, there was still the hill to be negotiated.

But the 11-4 chance stayed on well to beat Does He Know, who had beaten the winner when both were making their chasing debuts, by four and a quarter lengths.

“He improved enormously for his first run at Chepstow and I thought we’d beat Kim’s (Bailey) horse today,” said Nicholls.

“I was slightly nervous it was only 12 days since he won at Exeter, but it was a small field and you’ve got to try to support it so it worked out nicely.

“I’ve just said to Max (McNeil, owner) he’d be perfect for the National Hunt Chase (12-1 with Paddy Power), with something like the Reynoldstown before it.

“He’s a really strong stayer, Clifford (Baker) my head lad just said he’d run well in a National one day and he might be right, but that’s a long way down the line.

“Someone told me yesterday it was a year since Magic Saint, my last winner, which I hadn’t realised, but that’s how it goes sometimes – it’s nice to be back in here now.”

Bryony Frost and Yala Enki then raised the Cheltenham roof with a gutsy success in the Jewson Click And Collect Handicap Chase.

The 3-1 shot was in the front rank throughout, but his rivals appeared to be lining up in behind to launch their challenges with two to jump.

Yala Enki was not for passing though and while The Mighty Don made a late dash for the Grade Three prize on the far side, Yala Enki dug deep to hold on by a length and a quarter.

Nicholls said: “He didn’t take to the fences at Aintree, so I didn’t put him in the Becher. He’ll have an entry in the Welsh National, but I could just take him straight to Taunton (Portman Cup) as that place is made for him and he’s won it twice already.”

Frost said: “He has an abundance of stamina that you can’t use up, but he’s bizarre to ride as going down the back you think he’s on empty – but when I asked him some questions to keep in the race he found for me every time.

“He came up the home straight with his ears pricked and it’s fantastic as I’ve been desperate to get a good win with him and to get it here is great.”