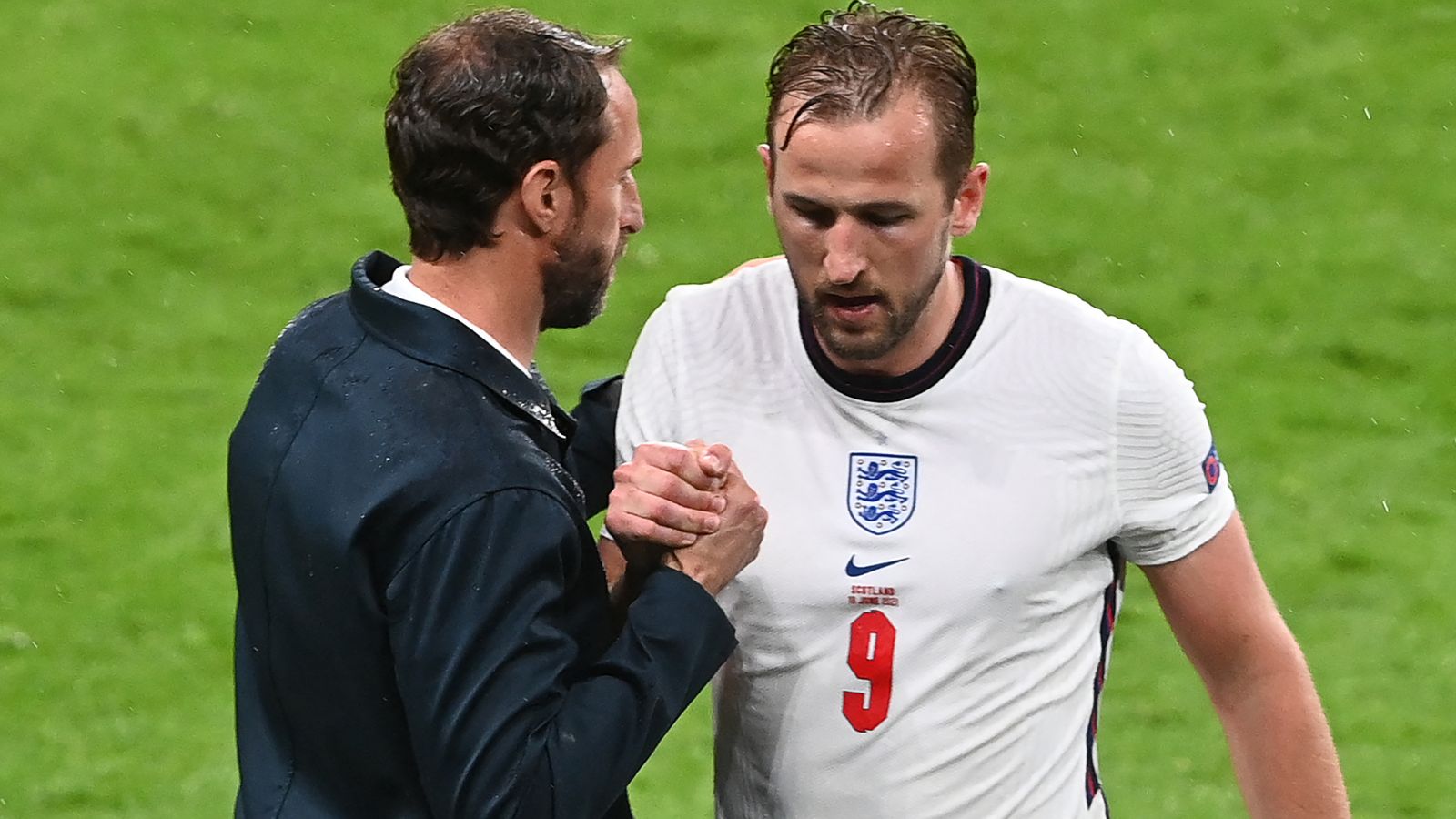 What’s up with Harry Kane?

After a lacklustre display against Croatia in England’s opening Euro 2020 game, the England captain’s anonymous and pedestrian performance against Scotland has prompted growing concern about his form.

Kane had just 19 touches – the fewest he has ever made in an international fixture – during his time on the pitch and failed to produce a single shot on target.

“Harry Kane looks leggy, he’s not up to speed, on his heels all the time,” Roy Keane told ITV. “If England are to compete in this competition, they are going to need their star men to perform. I’m glad Gareth took him off, he’s wasn’t performing.”

“He looks a shadow of the player we know he is,” said Souness. “He looks leggy and lacking enthusiasm. He’s not getting a great deal from England’s midfield, which isn’t working, but Harry looks tired and jaded. This is a guy who might have a big move this summer; he needs to wake himself up.

“Is he carrying something?”

Neville: Scotland better all over the pitch

“It was a really poor performance from England, there is massive disappointment in Wembley. England’s physical levels were poor, Gareth will be wondering how he fixes that for the next game.

“Was the expectation too big for England? Sometimes that can mentally take it out of you. England never won the ball high up the pitch, Scotland’s midfield was better to a man, all over the pitch Scotland were better.”

Scotland are back at Hampden Park for their final group game against Croatia on Tuesday. England take on the Czech Republic at Wembley on the same day. Both games kick-off at 8pm.

What do England and Scotland need to progress?

While England’s current haul of four points should see them progress as one of the four best-placed third-placed teams even if they lose to the Czech Republic on Tuesday, they need at least a draw to be absolutely sure of progressing and only a victory will be enough for them to go through as winners.

As for Scotland, nothing less than a victory over Croatia will be sufficient for them to have any hope of making it through to the last 16.

If Scotland win and England and the Czechs draw, Scotland should go through as one of the four third-placed teams.