Ten arrested in connection with protest before Man Utd-Liverpool game 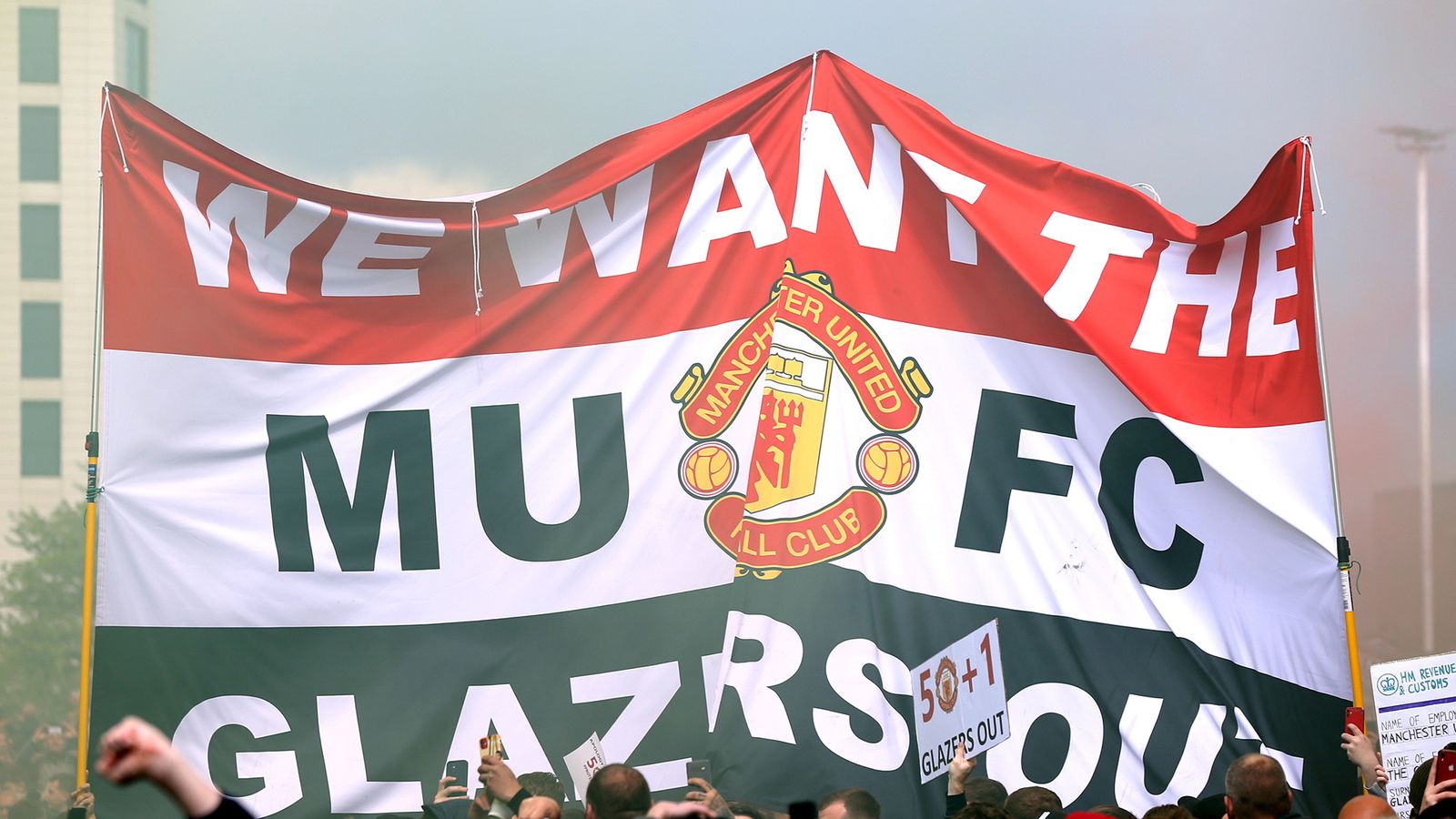 Ten more people have been arrested in connection with the protest that saw the Premier League match between Manchester United and Liverpool on May 2 postponed.

Flares were let off and objects were thrown during a demonstration against the Glazer family, United’s owners. A number of police officers were also injured.

Greater Manchester Police (GMP) said the latest arrests bring to 18 the total number apprehended in connection with the violent disorder and protest before the game.

More than 1,000 protesters gathered at Old Trafford and 200 separately at the Lowry Hotel in Salford that afternoon. GMP said it had been aware of the planned protest and worked to ensure the demonstration was peaceful.

But protesters managed to break onto the pitch and flares were let off, with bottles and barriers thrown at officers and horses.

In an update on Wednesday, police said warrants were executed in the Greater Manchester, Lancashire and Cheshire areas and that 10 men, aged between 20 and 51, were arrested on suspicion of violent disorder and burglary.

Of the 18 people arrested in total, five have been charged, the force added.

GMP have also released images of 36 men they want to speak to in connection with the protests and are appealing for anyone who may recognise them to get in touch with police.

Detective Inspector Andy Fallows of GMP’s major incident team said: “The violence and disruption back in May, particularly towards the police, was completely unacceptable and unnecessary.

“Our team have been working day in, day out since May to ensure all those involved are identified and face up to the consequences of their actions. Today’s arrests are a significant step forward in our commitment to do so.

“We’re also releasing images of men we’re keen to speak to and I am confident that there are people out there who will be able to provide us with credible information that will help us to identify them.

“If you have any information, or footage, that could assist our enquiries then please get in touch as soon as possible.”