Watch free video clips and read the report as Max Verstappen just holds on from a charging Lewis Hamilton to take an impressive victory in Austin, doubling his world championship lead in the process 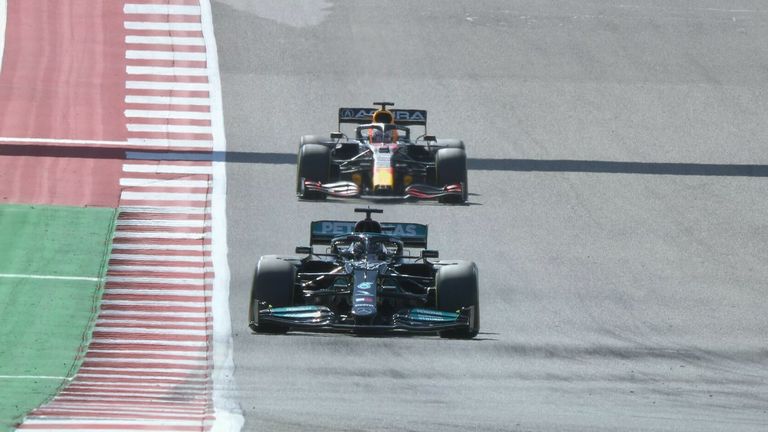 Max Verstappen held off a late charge from Lewis Hamilton to take a big win in the United States GP and increase his world championship lead to 12 points with five races to go.

In yet another captivating duel between the title contenders that went all the way to the race’s 56th and final lap, Verstappen withstood the pressure of a charging Mercedes on fresher tyres into the closing stages to claim his first win in the USA.

“Catching is one thing, passing is another – Verstappen kept his head. That was a very important victory in his championship career and championship charge,” said Sky F1’s Martin Brundle.

Hamilton had brilliantly overtaken his polesitting rival into the race’s first corner, but Red Bull gained track position by pitting Verstappen first at the first stops – and then again at the second.

Mercedes kept Hamilton out longer to ensure significantly fresher tyres for the closing laps and rejoined from his second stop eight seconds behind Verstappen. He quickly reeled him in but, crucially, Verstappen could just about stay out of DRS range to ensure Hamilton never got close enough to attempt a pass.