Red Bull increase leads in both the Drivers’ and Constructors’ Championship with fourth win on the spin; Mercedes concede they are lacking pace against their rivals, but Toto Wolff stresses: “We are totally fired up. This is not a fait accompli”

Meanwhile, his Mercedes counterpart Toto Wolff admitted that Sunday represented the “first race really in eight years” where they were “just lacking the pace”.

But the reigning seven-time champions vowed to fight back in what is proving the sternest sustained challenge to their dominance of F1’s hybrid-turbo engine era.

Verstappen led all 71 laps at Red Bull’s home track on Sunday, with second-placed Hamilton steadily slipping further adrift of the Red Bull all through the race. 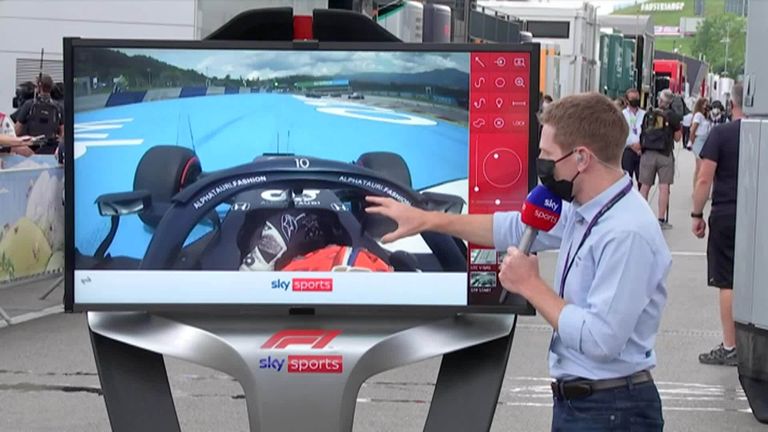 Anthony Davidson takes a closer look at some of the key incidents at the Styrian Grand Prix.

“The only hiccup we had in that race was the pit stop for Checo [Perez] but other than that it was an immaculate performance, particularly by Max who just managed the race so well.

“The one-stop was the quickest route for him. We could see Lewis’ tyres were starting to open up, so we were mindful of that, but the way he controlled the race and built the gap, that was the most dominant win we’ve had so far this year against Mercedes. So that’s very encouraging.”

Verstappen led Hamilton by 17 seconds before the Mercedes headed for the pits for a late ‘free’ pit stop for fresh tyres to go for the fastest lap, which he achieved.

Horner said: “Max controlled the race fantastically well. It was a masterclass.”

Christian Horner was full of praise for Max Verstappen following the Dutchman’s dominating drive in the Styrian Grand Prix.

The 23-year-old Dutchman has now won 14 times in his F1 career – moving him into the top 20 on the all-time list – but, coming on the back of triumphing at Paul Ricard last week, this is the first occasion that Verstappen has been victorious in consecutive events.

“It was very enjoyable to be honest,” said Verstappen, who now leads Hamilton by 18 points in the championship.

“I had really good pace. Also tyre degradation was very positive for us this weekend, which normally is a strong point for Mercedes. So we can be very satisfied with that. The gap? I didn’t expect to be that big.”

Mercedes: This is not a fait accompli

Underlining the scale of their success in the turbo-hybrid engine era, this is the first time since 2013 that Mercedes have gone four races without winning.

Wolff admitted that this particular defeat felt different to others – but still made clear that Mercedes would not be giving up even though they are not developing their 2021 car anymore.

“What’s tough is that it’s been the first race really in eight years where you’re just lacking the pace,” said the Mercedes team principal. 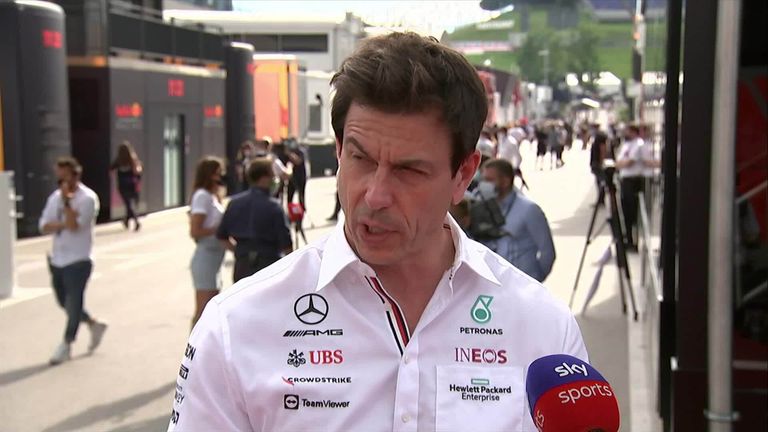 Toto Wolff says there is a lot for his team to reflect on after Lewis Hamilton missed out on P1 in the Styrian Grand Prix.

“Where you see that we have stopped developing for this year because we believe that the next years are so important to get it right, and they keep adding bits. There are trucks coming with aero parts and all credit to this strategy, and you feel like they are eeking away.

“The new power unit has been consolidating their performance. We’ve just got to get our heads together and do the best out of the package that we have. This is far from over.”

And Wolff declared: “We are totally fired up. This is not a fait accompli because we were lacking pace today.”

In what is likely good news for Red Bull given the RB16B’s form this weekend, F1 stays in Austria for a second successive race at the Spielberg venue this coming week.

Verstappen insisted that gaps were likely to close between the teams as the field puts the learnings of week one into practice for the Austrian GP.

But he said that Red Bull, chasing a first world title in eight years, would not be showing any let up in their own pursuit of more performance.

Put to him that he looked at one with the RB16B, Verstappen said: “I was also at one with last year’s car but it wasn’t as fast as this car! So you drive to the limit of the car. 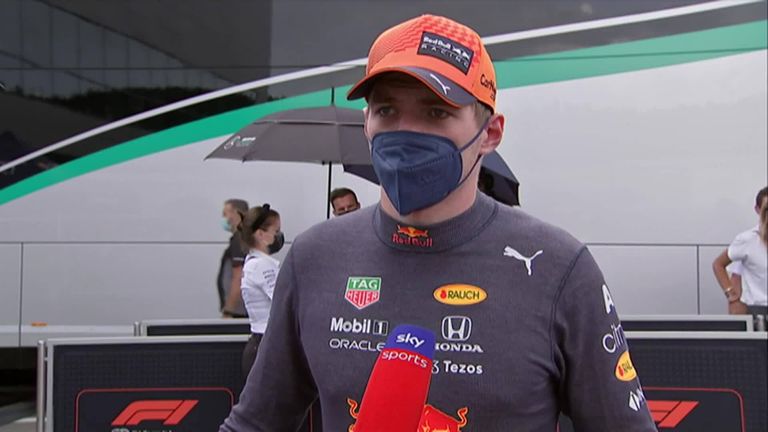 Max Verstappen reflects on his crushing win over Lewis Hamilton in the Styrian Grand Prix as he extends his lead over the Brit by 18 points.

“We have a really good car now. Of course, I always want it to be better, I think everyone has that same mentality, so we always keep pushing because there are always things you can do better. So that’s what we’ll try to do again next week.

“We try to keep pushing every single weekend to bring more performance to the car.”